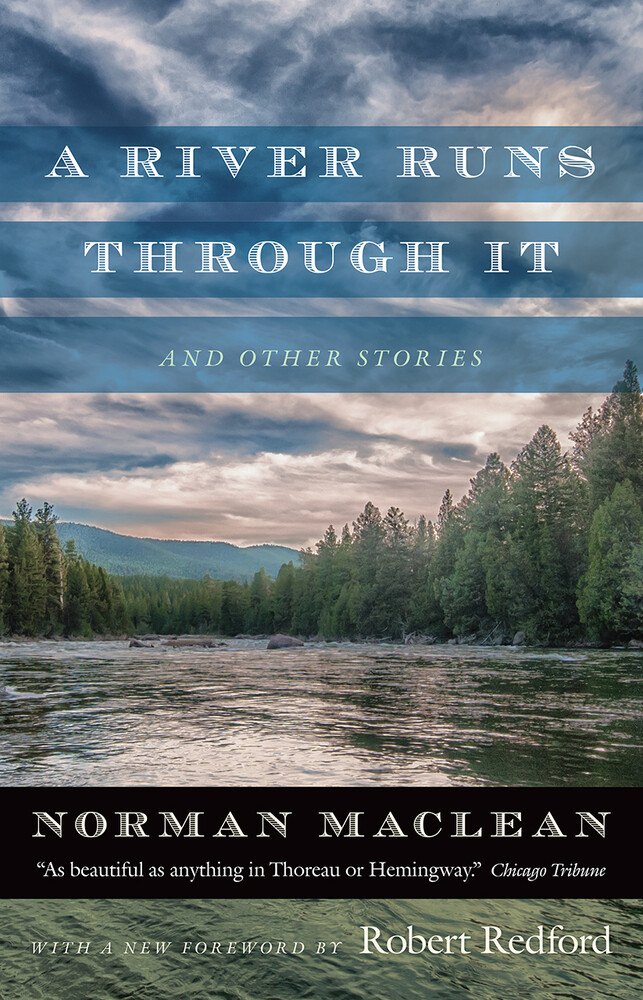 A River Runs Through It And Other Stories

When Norman Maclean sent the manuscript of A River Runs through It and Other Stories to New York publishers, he received a slew of rejections. One editor, so the story goes, replied, "it has trees in it." Forty years later, the title novella is recognized as one of the great American tales of the twentieth century, and Maclean as one of the most beloved writers of our time. The finely distilled product of a long life of often surprising rapture--for fly-fishing, for the woods, for the interlocked beauty of life and art--A River Runs through Ithas established itself as a classic of the American West. This new edition will introduce a fresh audience to Maclean's beautiful prose and understated emotional insights. Elegantly redesigned, A River Runs through It includes a new foreword by Robert Redford, director of the Academy Award-winning 1992 film adaptation of River. Based on Maclean's own experiences as a young man, the book's two novellas and short story are set in the small towns and mountains of western Montana. It is a world populated with drunks, loggers, card sharks, and whores, but also one rich in the pleasures of fly-fishing, logging, cribbage, and family. By turns raunchy and elegiac, these superb tales express, in Maclean's own words, "a little of the love I have for the earth as it goes by."

Save this product for later
Display prices in: USD